RISE AND FALL
OF THE CITY OF MAHAGONNY

Ephemeral design project Rise and fall of the city of Mahagonny: Assistance in the design, assembly and construction of the scenery and props. Assistance to the stage designer Alfons Flores for this opera directed by La Fura dels Baus (Carlus Padrissa and Alex Ollé). Booklet by Bertolt Brecht and music by Kurt Weill. Musical direction by Pablo Heras-Casado. 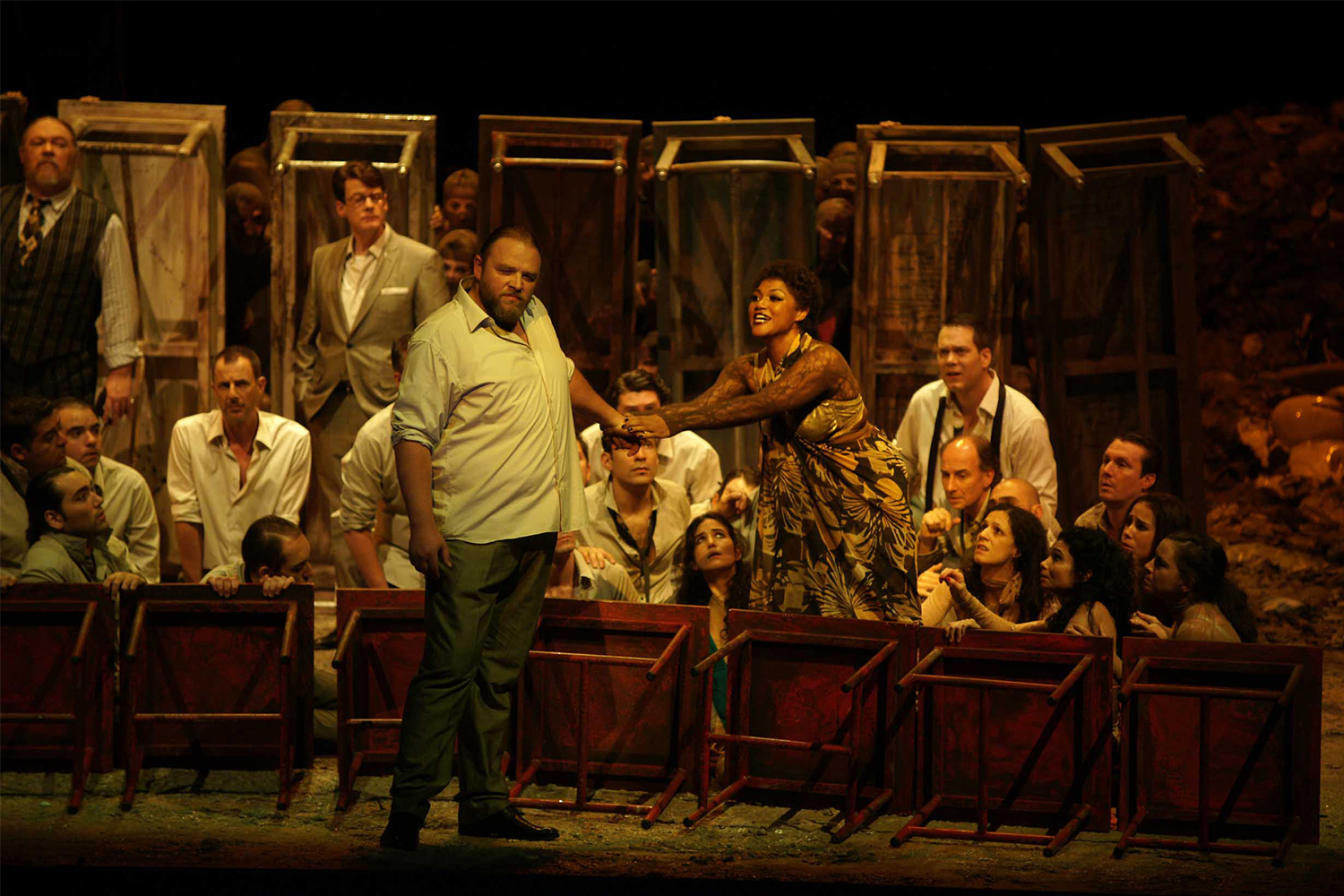 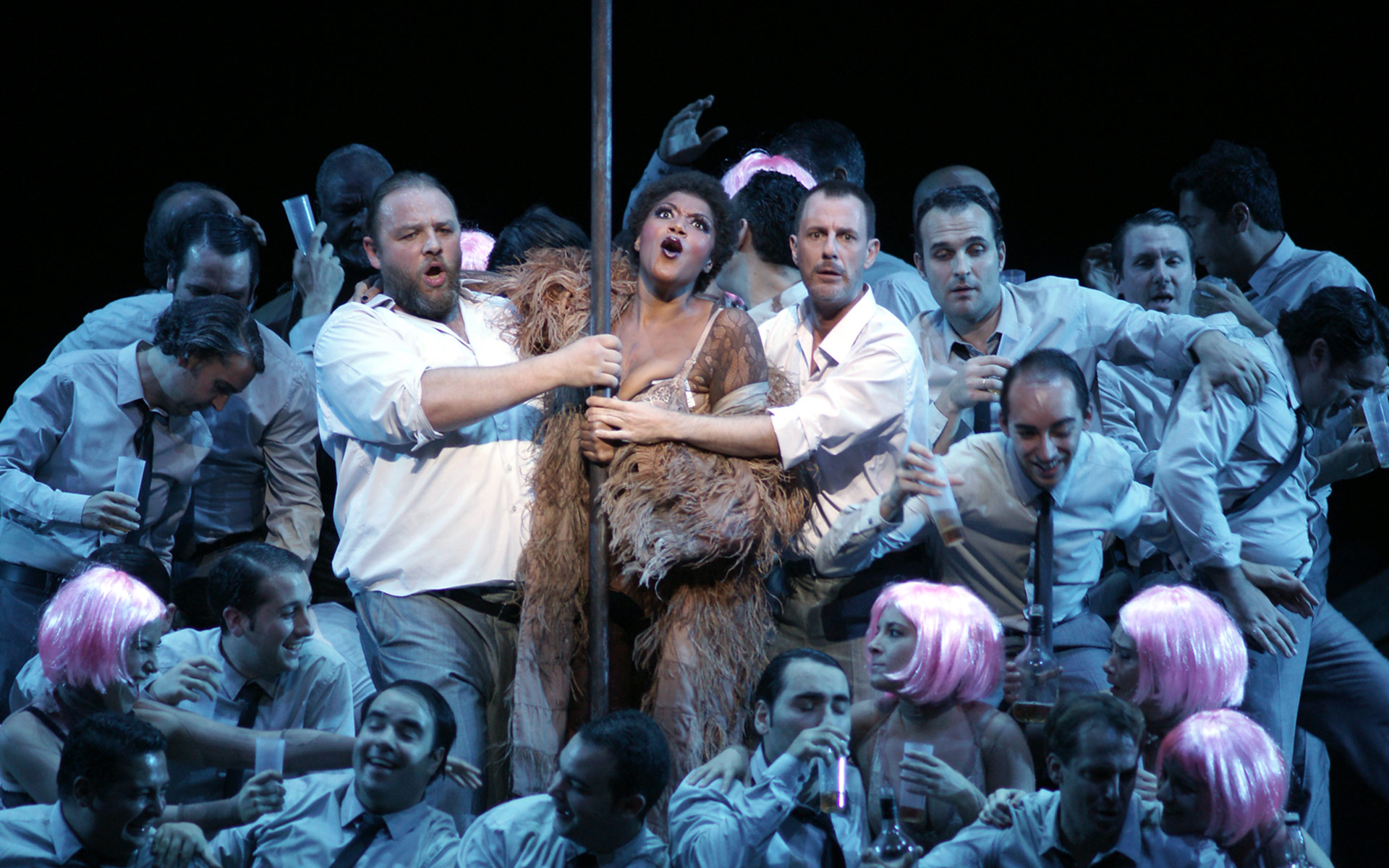 About the work: Rise and fall of the city of Mahagonny

“Rise and fall of the city of Mahagonny” is an opera written by playwright Bertolt Brecht, which premiered in 1930 and whose music was written by German composer Kurt Weill.

In this work, Kurt Weill combined expressionism, jazz and cabaret songs with elements from traditional opera.

Brecht, for this text, contributed a storyline divided into various scenes with which he intended to awaken the viewer’s conscience through harsh criticism of a capitalist society.

The central character of the opera is a the concept of a “trap city” located in a desert area of ​​the United States called Mahagonny, dedicated solely to making money in exchange for pleasure, a society without prohibitions of any kind, where the only crime is to be poor.

This opera perfectly represents selfishness, exploitation, unbridled desire for power, violence, greed and corruption. It is a critique of capitalism taken to the extreme that draws from the reality of the society of the 30s but is also a total representation of today’s society.

La Fura dels Baus theatrical group was commissioned by the Royal Theater of Madrid and performed this famous work on stage in 2010.

The topics discussed in the work allow the company to create a dramaturgy totally in keeping with its aesthetics and philosophy, creating transgressive and extreme scenic images.

This scenography project is not the first time we have collaborated with Alfons Flores since on other occasions he commissioned us to design props for his productions.

Like the other works in which we had the opportunity to work together with this renowned scenographer in Spain, the main challenge we encountered was that there was a lot of props that had to be created, manipulated and adapted to the various scenes.

The scenography proposal presented much more challenges such as: inflatable elements, scenic tears, mobile devices and a lot of material that needed to appear.