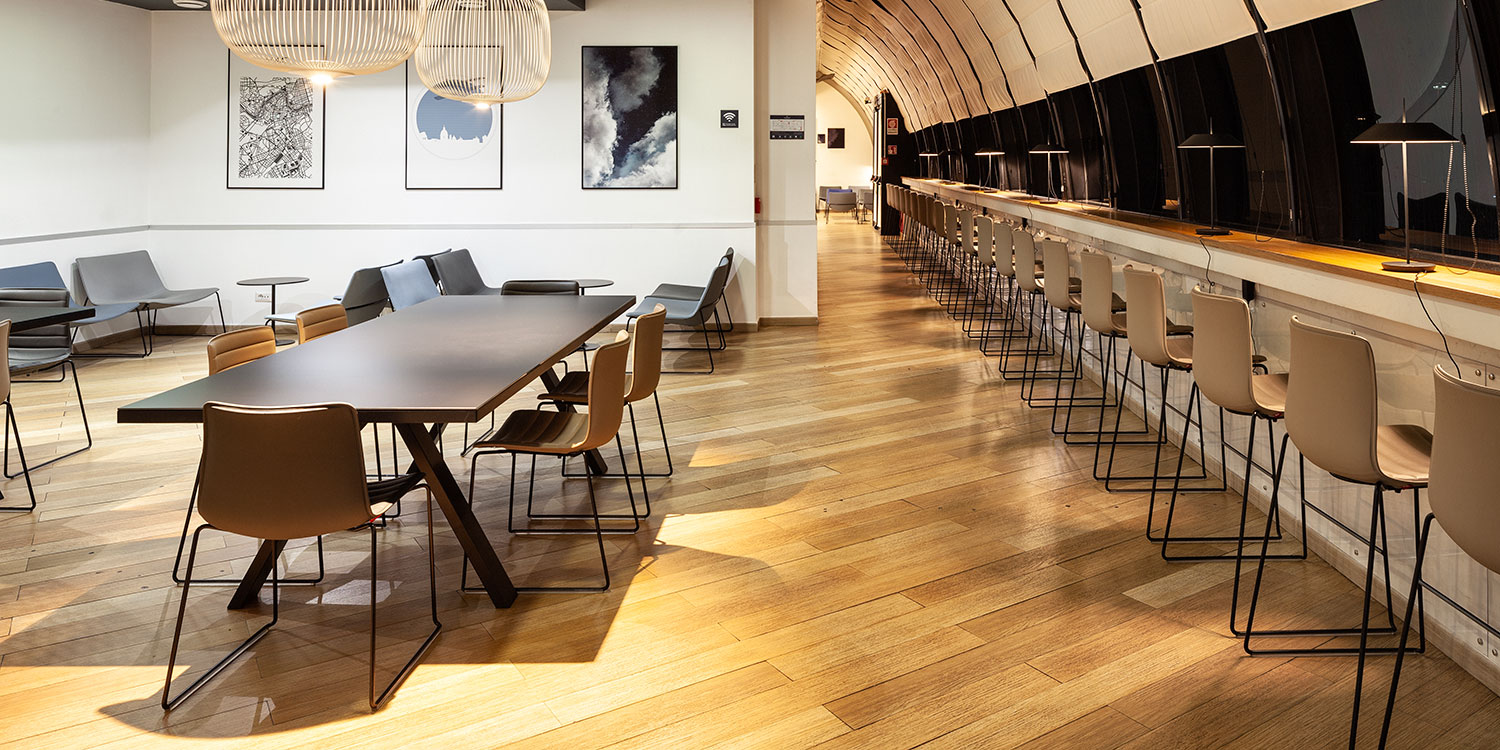 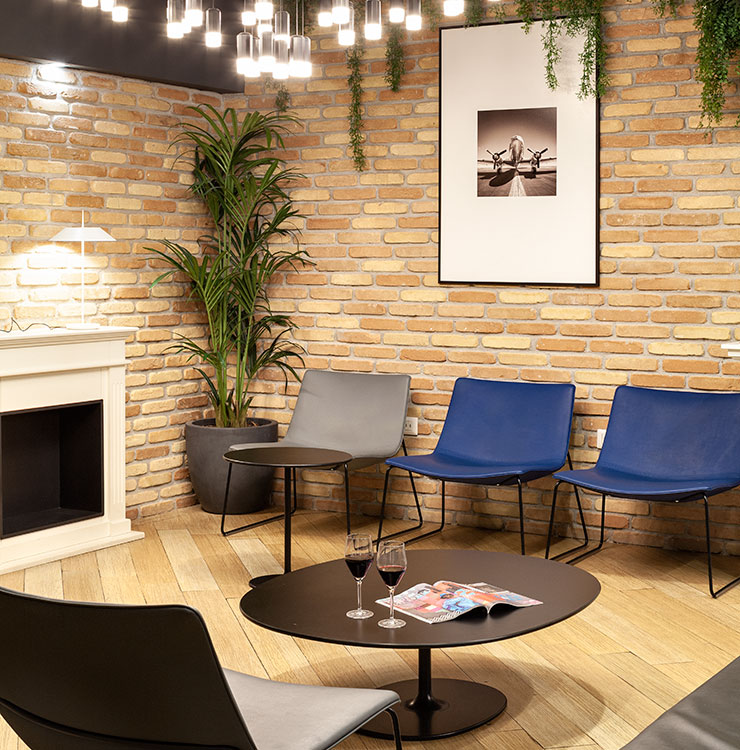 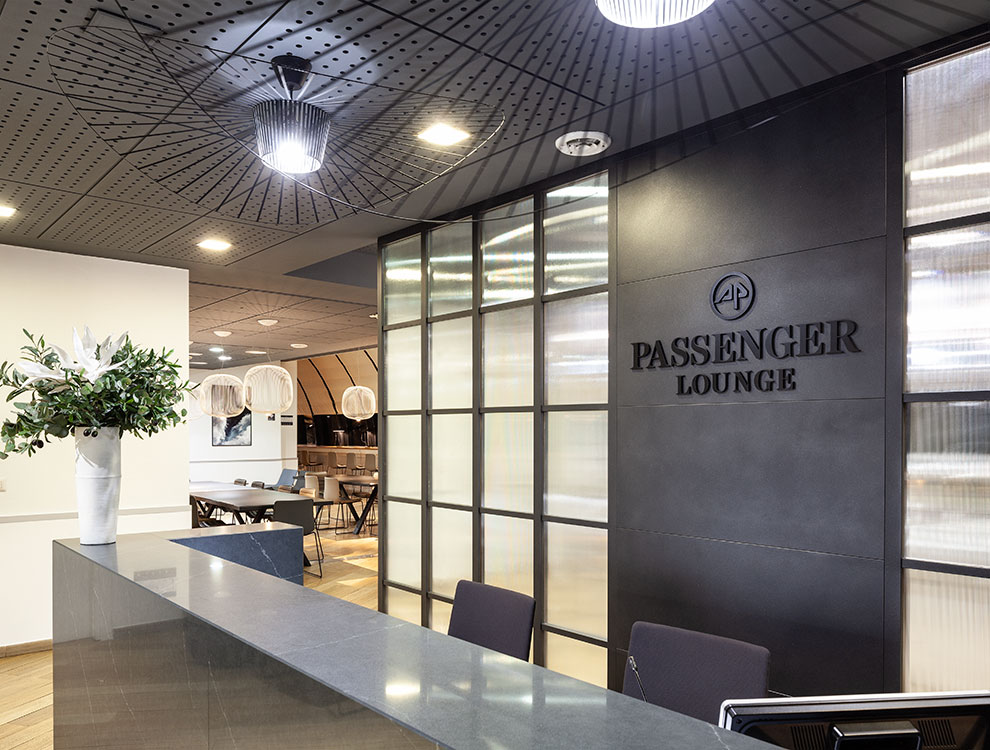 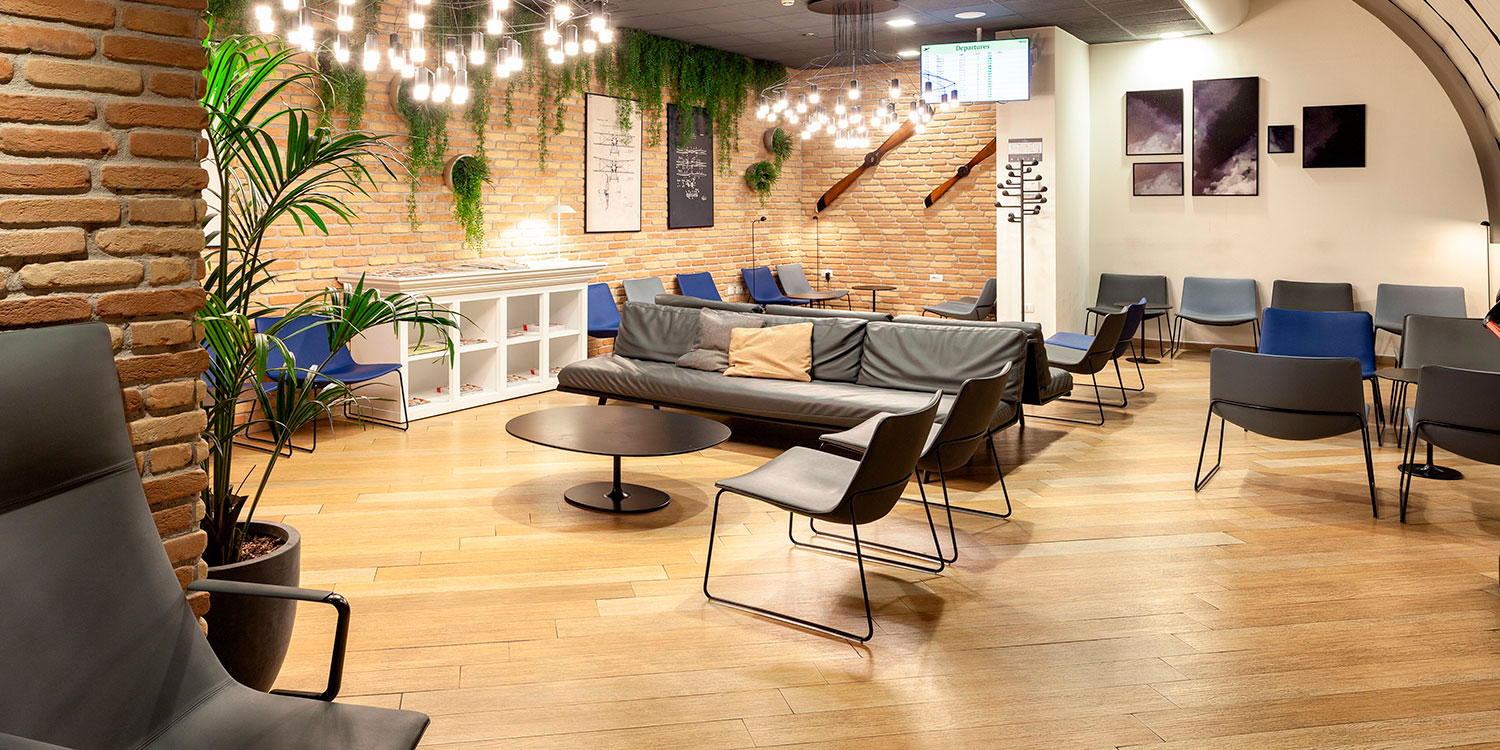 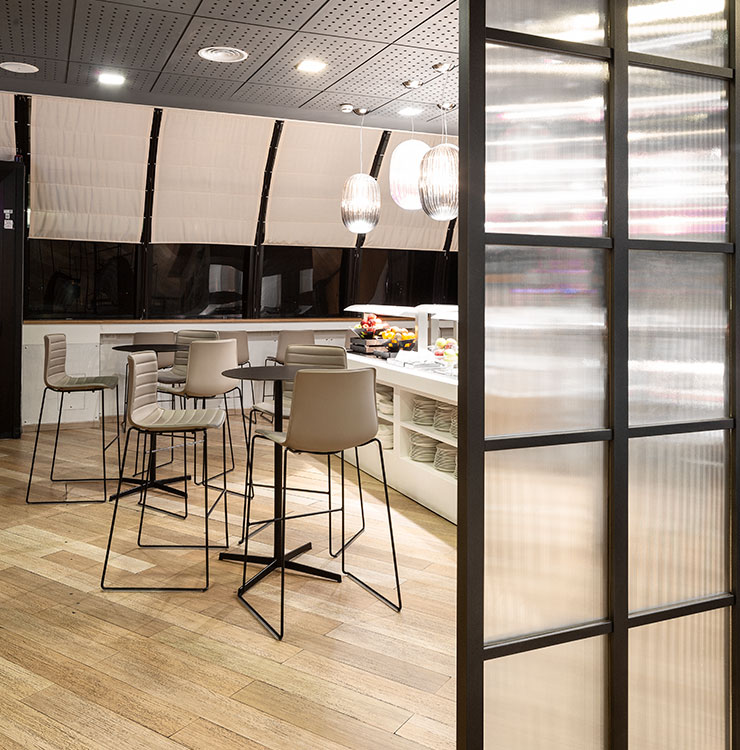 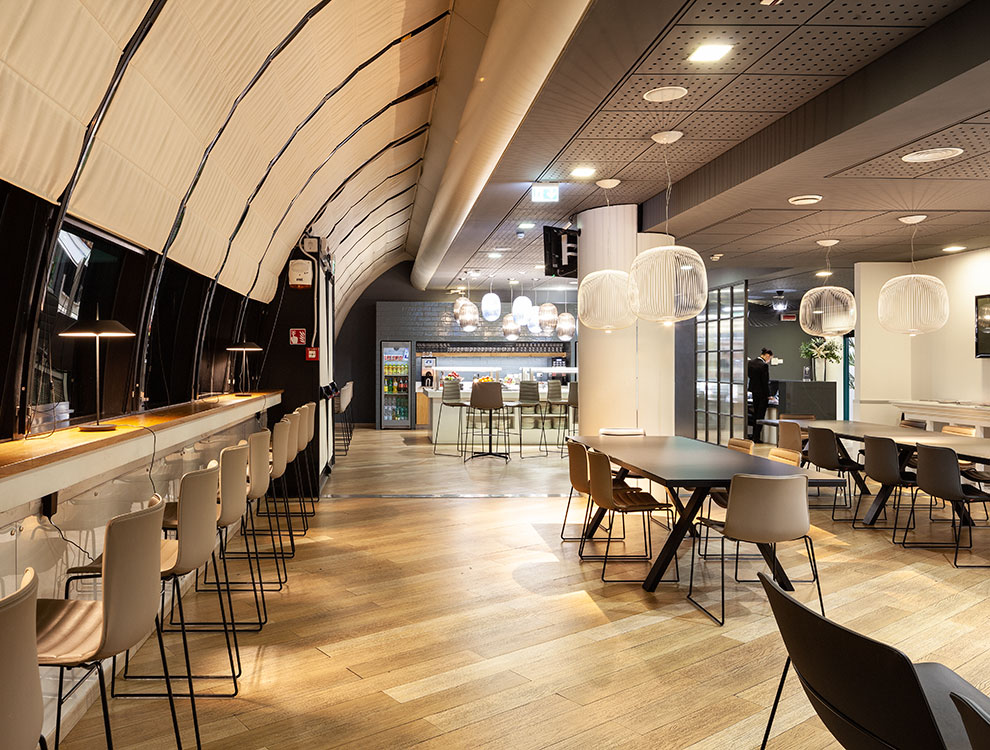 With this VIP lounge the process of implementation of the AP Passenger Lounge brand of Aviapartner began.

A global concept design project where interior design and brand identity came together to create a product ready to be replicated in other spaces without losing their identity. Although the subsequent projects present some aesthetic changes, this was the first in which the implementation of the brand at the Fiumicino airport had begun.

The Fiumicino International Airport is located in Rome and is the most important airport in Italy, with an average of 43 million passengers per year. Fiumicino Leonardo da Vinci has 5 terminals, it is the largest airport in Italy and one of the main hubs in Europe, with connecting international routes through Europe, America, Asia and Africa with the Italian city.

This VIP lounge achieved success in many ways when it was renovated, since the old facilities had become outdated and the offer of a state of the art VIP lounge made it increasingly competitive.

The design and materials of the room has touches that recall the industrial aesthetics, and certain elements can be seen replicated in the other VIP rooms that are part of the global concept design project. The goal here is to design a benchmark to produce the same experience for the guests in future lounges. This involves impregnating the space with those elements that are recognizable enough to be identified by the guests.

Up To You Studio designed the global concept for Aviapartner focused on VIP lounges, this project was implemented and was realized with its first VIP lounge at the Fiumicino Airport.

Previous
Back to Graphic Design
Next
This website uses its own cookies to collect information in order to improve our services. If you continue browsing, it means the acceptance of its installation. The user has the possibility to configure his browser, if he wishes, to prevent them from being installed on his computer, although he must bear in mind that such action may cause navigation difficulties on the website.I acceptCookies Policy