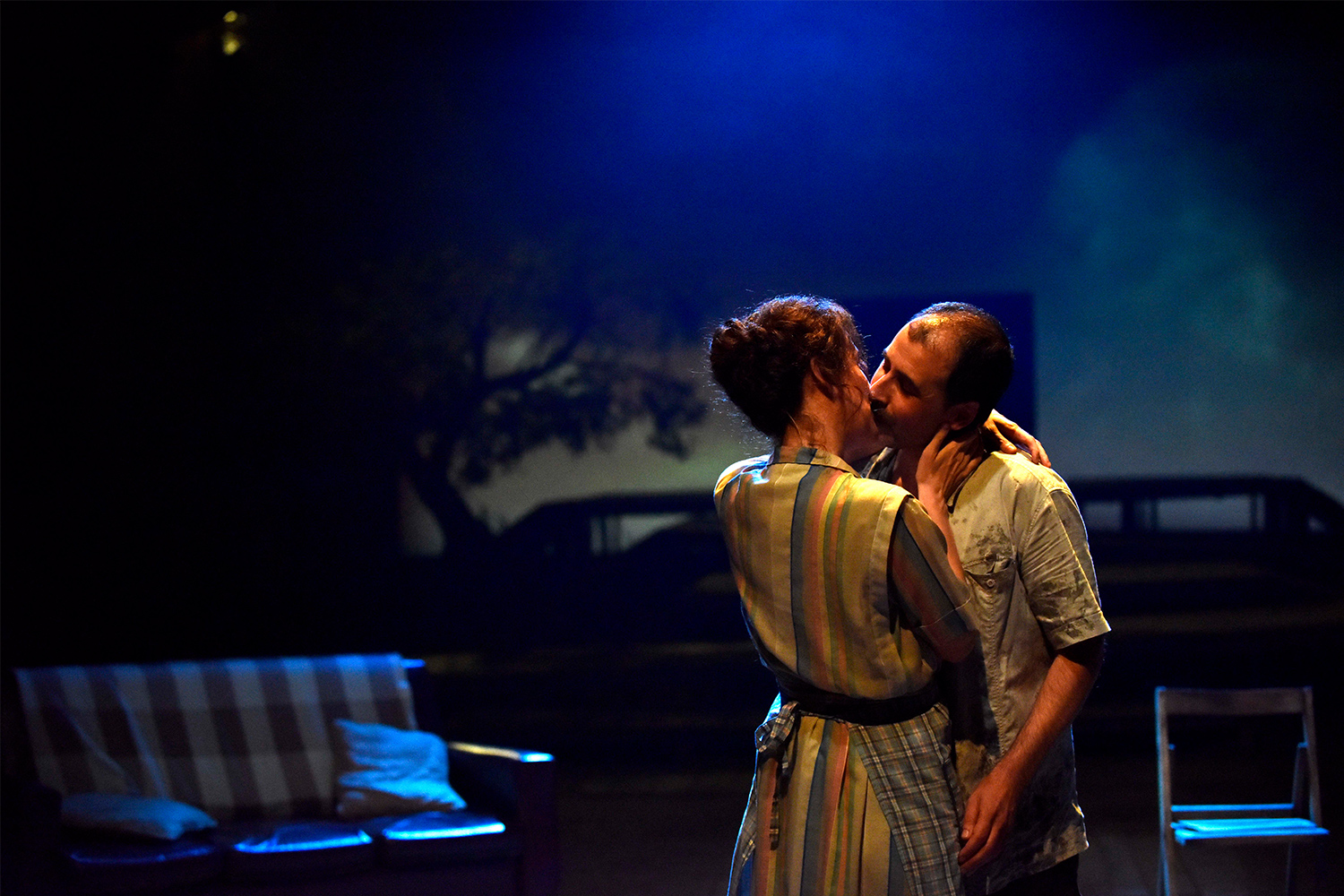 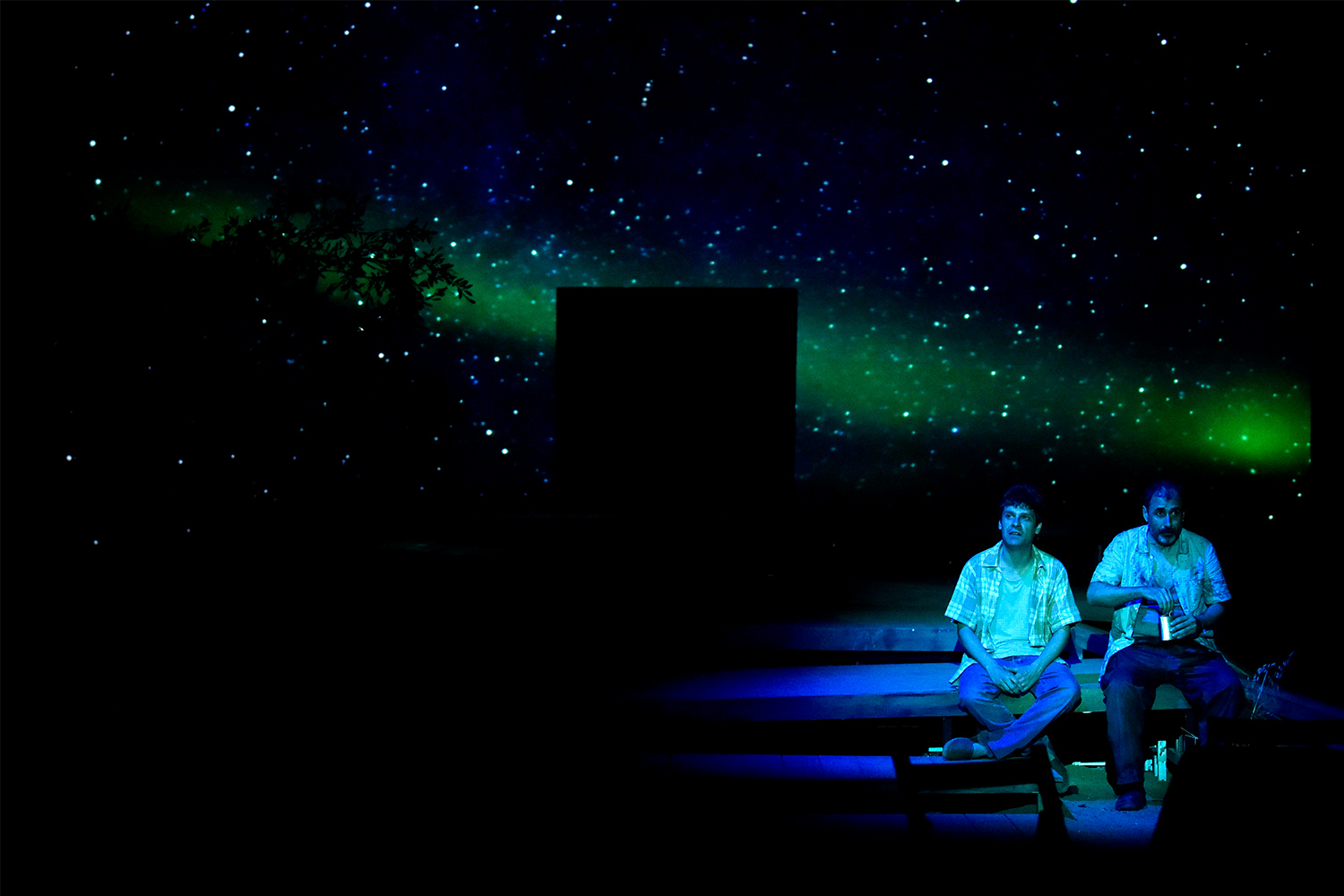 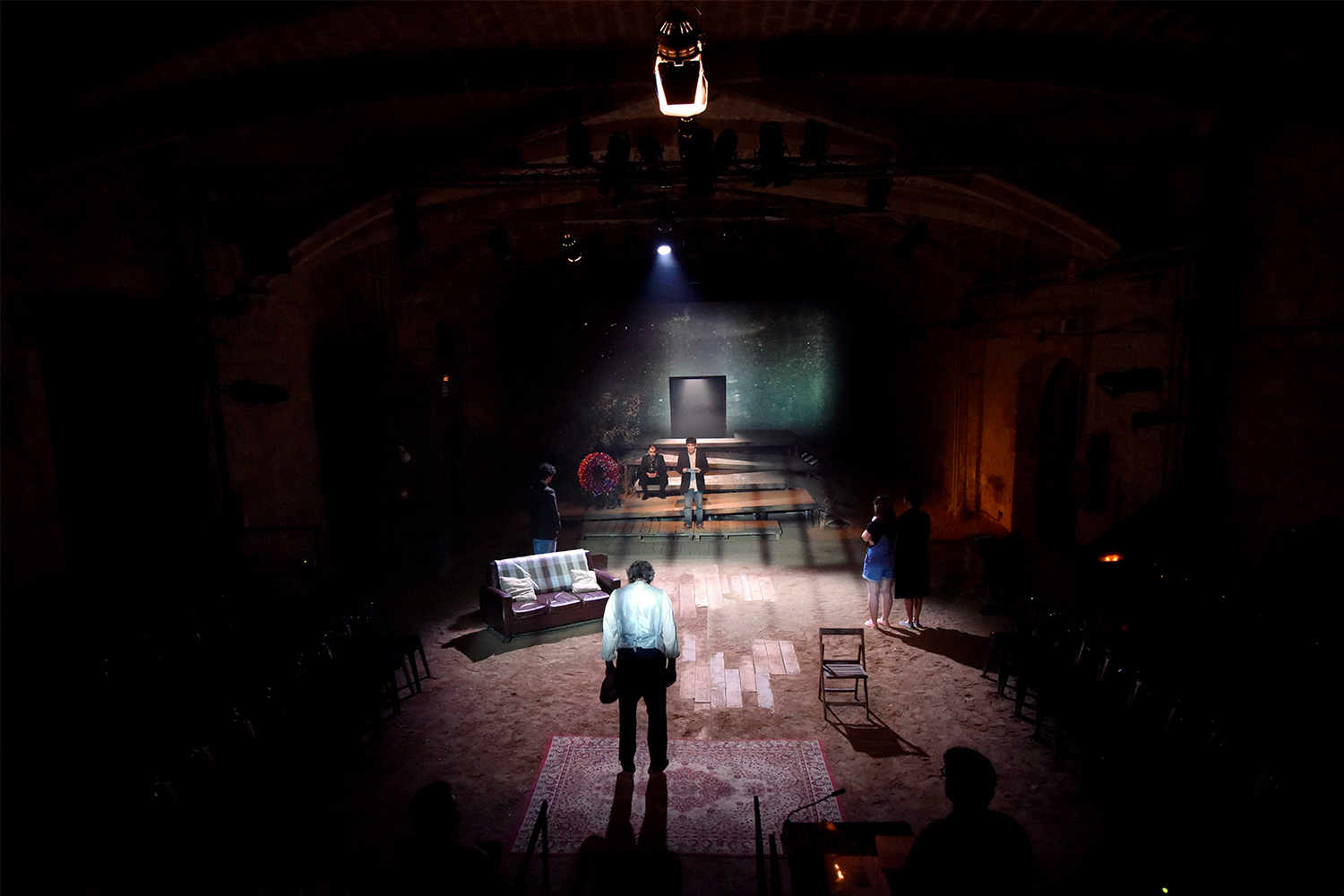 “Caïm i Abel” is a contemporary tragedy about emigration. The action starts in a town of Lleida in the 80s and continues to the present day. “Caïm i Abel” takes place in different periods and spaces.

Marc Artigau Queralt rummages through the open wound between the first and third world. One of the themes of the work is the impossibility of curbing the desire to seek a life in another place. It also talks about how Catalonia welcomes the foreigner, but also its  obsession to control everything, not only its borders, but the whole society.

In the works of Marc Artigau Queralt the characters judgements are not assessed, nobody is good and nobody is bad,so it was of utmost importance that the costume design will play that same game of scenic ambiguity and representative of the characters.

Our collaboration in the project

For this ephemeral design project, the staging and scenography were abstract and poetic and served to set the score of twenty different places that appear in the work, which plays both with the architecture of the Library of Catalonia and with projections.

For us, carrying out this project was a challenge because the company was made up of six actors representing fifteen roles in various historical and dramaturgical contexts. The costume design helped the actors but above all, assisted the audience to be able to differentiate the changes of role, character and action during the play. Costume changes were well studied to allow the actors to change from one role to another quickly, using minimal resources.

The representation of the play was considered a success of the 2016 season, and we at Up to You Studio are very proud to have had the opportunity to make the costume design and characterization of this ephemeral and artistic project produced by Pearl 29 .

Previous
Back to Costume Design
Next
This website uses its own cookies to collect information in order to improve our services. If you continue browsing, it means the acceptance of its installation. The user has the possibility to configure his browser, if he wishes, to prevent them from being installed on his computer, although he must bear in mind that such action may cause navigation difficulties on the website.I acceptCookies Policy