Project of ephemeral design and construction of scenery and props. Assistance to the stage designer Alfons Flores for a musical tribute to Juan Hidalgo (1614-1685) on the 4th centennial of his birth. Musical direction of Carlos Mena and scenic direction of Joan Anton Rechi. 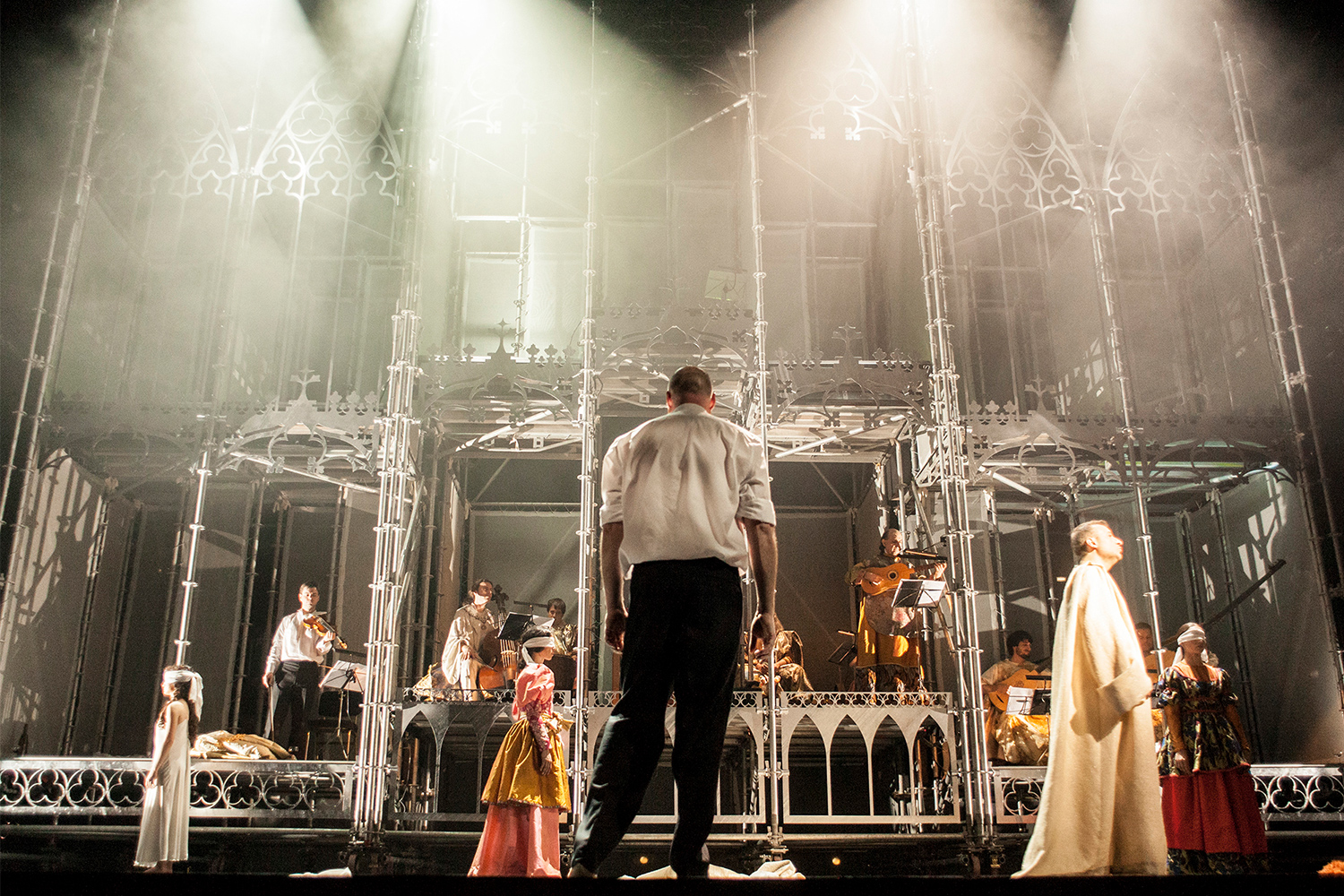 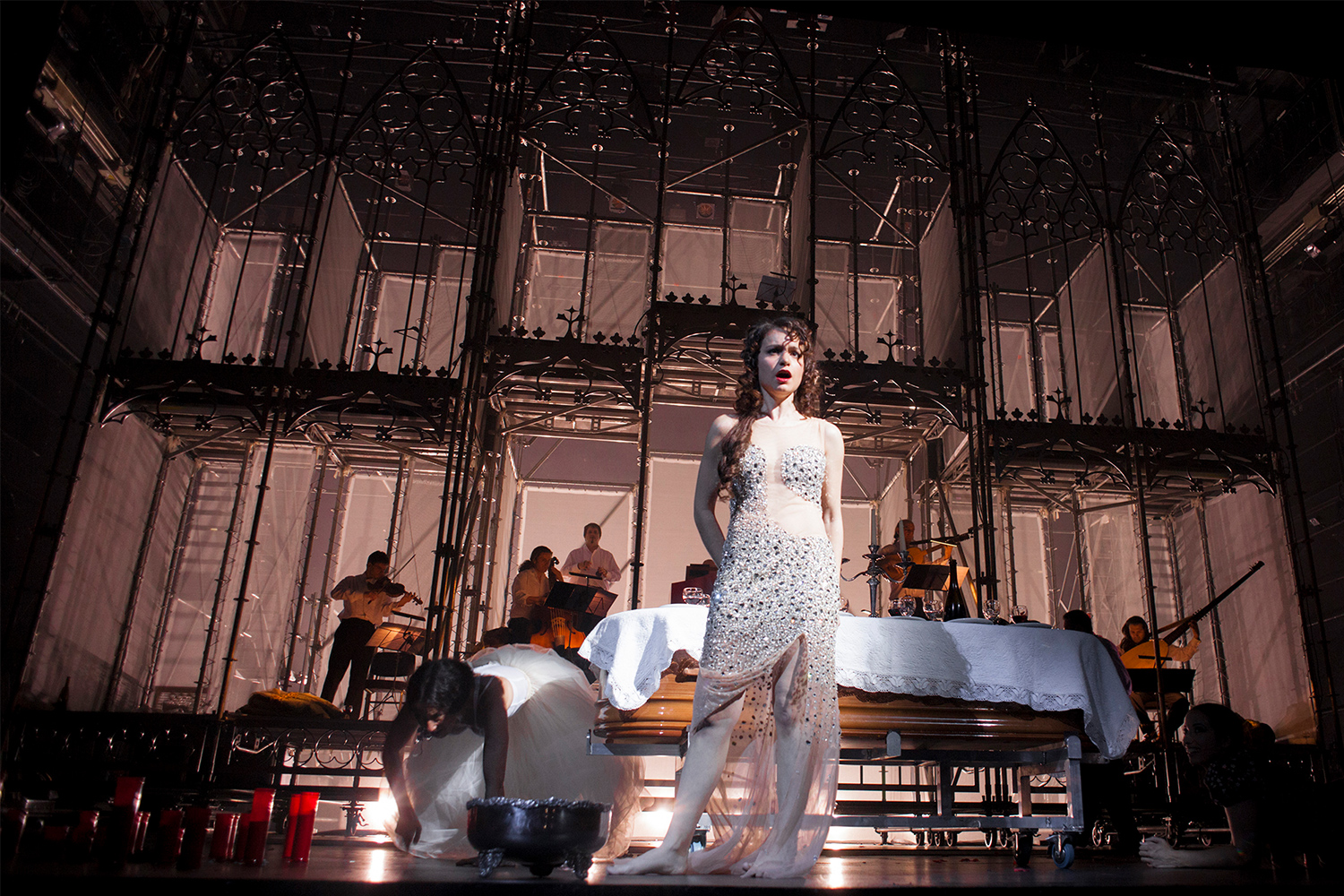 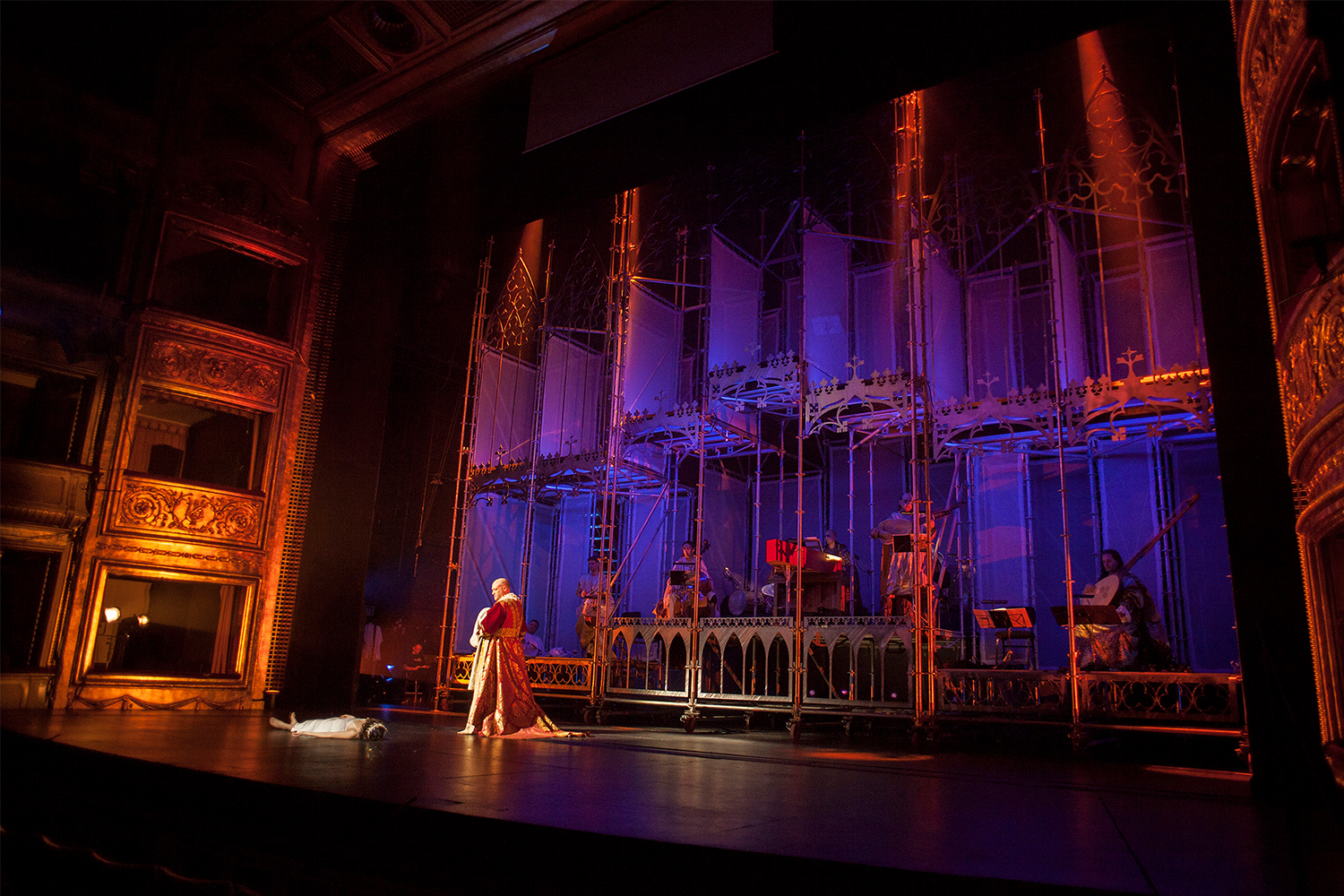 In this project we had the great honor that the Teatro de la Zarzuela in Madrid contacted us, with the aim of working on this interesting ephemeral design project.

About the work of Juan Hidalgo

This beautiful baroque musical work tells us about some of the most transcendental things of the human being: Loving, dying, dreaming, praying … The border between what is considered divine and what we consider human is questioned. The work is segmented by short musical pieces or songs, and each of them is a universe, a dreamlike and poetic journey.

Our work focused on assisting in the design and assembly of the set design at the Teatro de la Zarzuela in Madrid.

Alfons Flores designed a set that was configured through a structure, using only recycled pieces of material and real scaffolding, with which the metal recreation of the facade of a Gothic cathedral was built.

Over the façade, projection tunnels were placed that allowed the façade to become a projection screen or advertising poster of immense proportions and where fifteen rooms were built. These spaces or niches represented an altarpiece and they had room for different scenes and images by actors, musicians and singers.

Up To You Studio was the team in charge of drawing the structure, ordering each piece to facilitate assembly and carrying out the executive project to commission all the necessary scenic materials of the scenic proposal.

It is not the first time that we collaborated with Alfons Flores in a scenography project in which we were responsible for the design and realization of props or wardrobe.

The main challenge we encountered was that there was an amazing amount of props that had to be created, manipulated and adapted to various scenes.

In the case of a musical show, dynamism and rapid changes are an intrinsic feature in the genre and Up To You Studio knew how to adapt to the needs of the ephemeral project in question.